The appearance by Australia’s representatives is overdue as Australia’s last review was back in August 2010. Australia has simply ignored the overdue report for some time, despite the Committee website stating that each country should report every two years.

It is most likely that Australia finally agreed to cooperate in this review because of Australia’s bid to become a member of the United Nations Human Rights Council. Now that Australia has been successful in that bid, Australia must uphold the highest standards in the promotion and protection of human rights and fully cooperate with the Council.

In 2010 Amnesty International made a submission to the CERD Committee available here. At that time issues reported on included:

Sadly, in the seven years since the last review, many of these issues have gone backwards.

Amnesty International has made a submission to the Committee for this year’s review.

Here are some of the key points we raised:

Amnesty maintains its stance, taken in 2010, that there is a need for constitutional protection against racial discrimination. This is because although Australia has implemented the Convention into domestic law through the Racial Discrimination Act, it is at the whim of successive Governments. All that is needed to suspend the RDA, as occurred when the Northern Territory Intervention legislation was passed, or amend it, as we have seen twice attempted over the last few years regarding section 18C, is for there to be a majority government in Federal Parliament. Leaving the protection of fundamental human rights to Parliaments who change every three years and are often elected on populist platforms is no way to manage human rights.

In addition, the territories are particularly vulnerable because, under section 122 of the Constitution, the Federal Parliament can directly make laws for them. This leaves people, and particularly Indigenous people in the Northern Territory at risk, because unlike the Australian Capital Territory — there is no added protection from a Human Rights Act in the Northern Territory.

To counter this, Amnesty International recommended that a prohibition against racial discrimination on the the grounds of race, colour, ethnic or national origin is inserted into the Constitution, as was recommended by the Expert Panel on Constitutional Recognition in 2012.

Amnesty also raised concerns about two sections of the Constitution. Section 25 refers to the potential of a state law to disqualify people of any race from voting in State elections, and section 51(xxvi) enables the Commonwealth to make laws for any race. As noted by the CERD Committee in 2010, both provisions are incompatible with the Convention. We’re recommending that Australia amends or repeals these sections of the Constitution.

In addition to the need for constitutional reform, Amnesty argued for the need for a comprehensive national Human Rights Act. We are one of the few western nations without one.

Although a Human Rights Framework was put in place following the 2009 Human Rights Act consultation, which included scrutiny for compliance with human rights obligations, Amnesty argues that framework has had limited effectiveness and only applies at the Federal level so there is no scrutiny of state and territory based legislation. Amnesty recommended Australia adopt an enforceable national Human Rights Act and look at ways that there can be parliamentary scrutiny of state and territory legislation. We also recommended the legislation that created the Parliamentary Committee on Human Rights be amended to give the Committee the power to conduct their own inquiries.

Amnesty took the opportunity to advise the panel about the two attempts to weaken the RDA, and in particular the laws about racial hatred since the last review. We recommended Australia refrain from further attempts to amend the RDA and adequately resource the Australian Human Rights Commission to conciliate complaints and conduct activities and education to promote social harmony.

Amnesty noted the serious impact that racism has on the lived experience of Aboriginal and Torres Strait Islander people and urged Australia to take a holistic approach to addressing this issue. We recommended that Australia, in consultation with Aboriginal and Torres Strait Islander peak organisations, develop a national action plan to implement the Declaration on the Rights of Indigenous Peoples. We also recommend Australia take heed of the recent report by the Special Rapporteur on the Rights of Indigenous Peoples including that the report be tabled in Parliament, and that it be referred to the Parliamentary Joint Committee on Human Rights for further action. 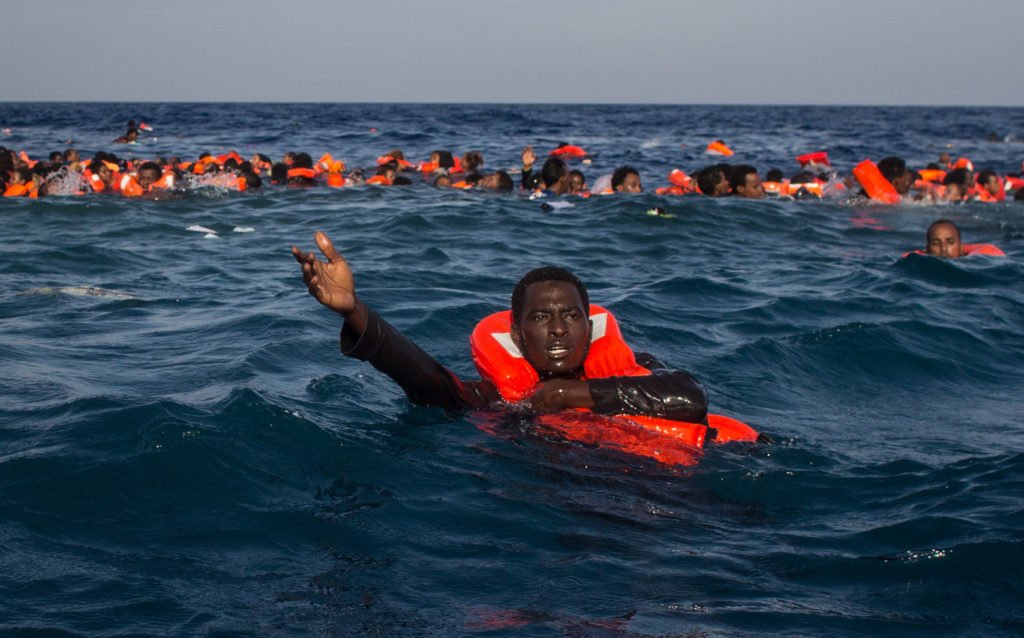 Amnesty raised issues of discrimination against migrants and people seeking asylum – especially in relation to mandatory detention and offshore processing of refugees, including 369 people (including 43 children) on  Nauru, 773 men at Manus Island in Papua New Guinea, and a further 820 refugees living on Nauru in the community (numbers current as of August 2017).

Amnesty recommended Australia end mandatory sentencing of refugees, bring those detained on Nauru and Manus to Australia (and ensure those granted refugee status have the right to be resettled), and end the practice of boat turnbacks and the prohibition of asylum for those who come by sea.

Finally, Amnesty reported on the situation of gender based violence, following the visit of Special Rapporteur on Violence Against Women earlier this year. Amnesty recommended the National Action Plan on Violence Against Women be amended to better address the needs of Indigenous and refugee women, and recommended Australia develop in close partnership with Indigenous women, a specific action plan to address violence against them.

Australia’s representatives will appear before the Committee on 27 and 28 November 2017. This will be a chance for the Government and all interested Australians to reflect upon Australia’s progress and what remains to be done in terms of implementation of this important Convention.