People all around the world face human rights violations at the hands of their own government. Often it can be for simple, everyday actions that we take for granted – like voicing their opinions or belonging to a particular group.

In many countries, people who peacefully stand up for what they believe can find themselves in dark places. Places where the world can no longer see what is happening. Tragically, some of these people will be sentenced to death or left languishing on death row for decades.

Below are the key cases which the Individuals at risk program is focusing on right now. With your help, we can make a difference.

For each, please see the relevant activism materials available for you to download – including petitions and flyers. 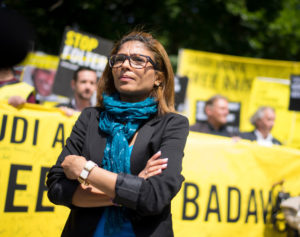 Each case gives you the story about the individual, government targets for your petitions/letters and any solidarity actions you can take. 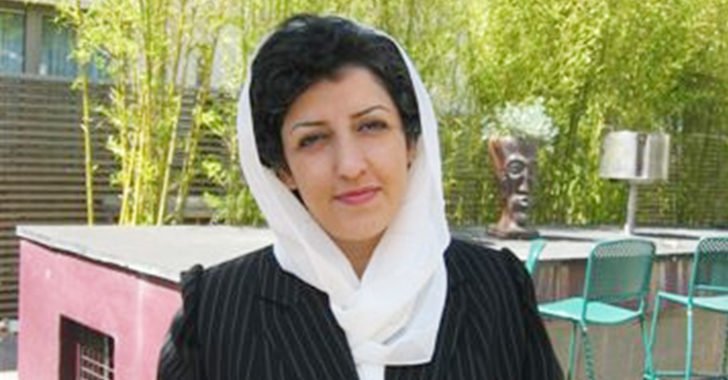 Narges is an Iranian human rights activist and spokesperson of the Centre for Human Rights Defenders (CHRD). Founded in 2001, the CHRD is a Tehran based NGO focused on:

• reporting on violations of human rights in Iran

• Supporting the families of prisoners.

Narges has repeatedly been targeted by authorities for her involvement in peaceful human rights activities.  After previously receiving a travel ban and serving a six-year prison sentence, Narges received a further 16-year sentence in 2016 after an unjust trial. She remains in Evin Prison; a prison that has been described as “hell on earth”.

Narges has two young children, twins Ali and Kiana, and is married to fellow human rights activist Taghi Rahmani. She suffers from a serious neurological health condition. While imprisoned, her condition has exacerbated and she needs specialised medical treatment.

What you can do

People all over the world are standing side by side with Narges and the Centre for Human Rights Defenders. Join the movement today – here’s how:

Got a question or feedback?

Get in touch at activism@amnesty.org.au.

UPDATE: 29/09/17: On 10 September, in a letter to the Associate Prosecutor of Evin prison, Narges Mohammadi announced that she will from hereon now refuse to receive medical treatment until prison officials improve and correct their attitude towards her and other prisoners.

This followed from verbally abusive treatment Narges says she received from prison officials on 1 August while being transferred to a clinic outside the prison to receive the medical care she requires. She believes that such verbally abusive behaviour affects the mental health of prisoners, only impeding medical treatment, and can also aggravate the illness or cause other illnesses as a consequence of stress. She also stated that prison officials were acting on orders coming from their superiors. 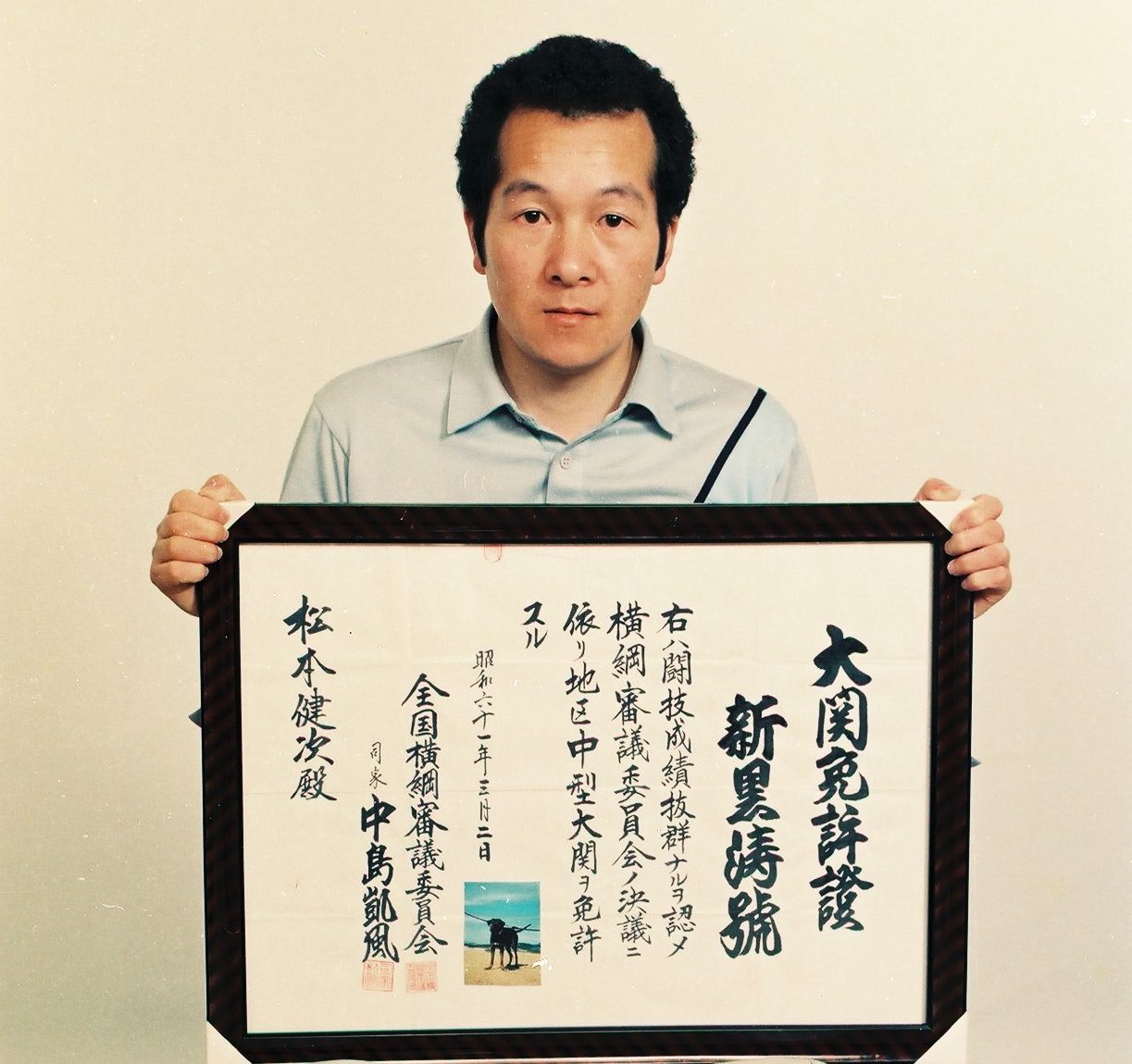 Sentenced to death despite intellectual disabilities.

In 1993 Matsumoto Kenji – along with his older brother – was arrested and charged with a double murder in Japan. Kenji has an IQ of between 60 and 70, allegedly caused by mercury poisoning. This has seriously hampered his cognitive function. Nevertheless he was sentenced to death and could be executed at any time.

Amnesty has serious concerns about Kenji’s treatment at the hands of the police. His interrogation has been described as coercive, as officers offered him food if he talked and told him to “be a man” during the interrogation.

Upon learning of a warrant being issued for his arrest, his brother killed himself and Kenji was left to face trial alone. During his trial it was accepted by the court that he was totally dependent upon his brother and was unable to stand up to him. Following his conviction he was sentenced to death, a sentence which has been repeatedly upheld in subsequent appeals.

The death penalty in Japan

In Japan, death row prisoners are held in solitary confinement and are not allowed to speak to other inmates, only receiving occasional visits from family or lawyers. When they are in their cells they are forbidden from moving, being punished severely if they do. They are also given no prior warning before they are executed, leaving prisoners suspended in an endless state of anxiety. Some may be given no warning at all. Their families are usually notified about the execution only after it has taken place.

Mental health and the death penalty

The death penalty is always inhumane, and we oppose its use in all cases as it’s a violation of the right to life and to be free from torture. Executing people with mental or intellectual disabilities is particularly cruel, and is illegal under international law.

Unfortunately, Kenji’s mental health has deteriorated significantly on death row, to the point that he has developed a delusional disorder. His lawyers have argued that he is currently unable to communicate or understand information pertinent to his case and they believe that his isolation has contributed significantly to his deteriorating mental health. He is also unable to understand the nature and purpose of the punishment imposed on him.

This case clearly illustrates the vulnerability of people with serious learning difficulties who face major criminal charges, and the difficulty they face in ensuring their right to fair treatment at the hands of authorities in the criminal justice system. Read more about mental health and the death penalty in Japan in this report.

As a major trade partner, Japan pays attention to Australia, so we need to amplify our voice in opposition to this injustice.

Make sure to send petitions/letters to your local action centre so they can be sent to the targets in batches. We also need the names and email addresses of everyone who took action so we can keep them updated about the campaign and future development. Send us an email at activism@amnesty.org.au.

The Japanese Minister of Justice Katsutoshi Kaneda is the primary decision-maker. We are calling on him to:

Collect signatures on this petition or write to the Minister directly at:

We are also calling on the Minister of Health Yasuhisa Shiozaki to ensure that Matsumoto Kenji’s physical and mental health are regularly assessed, and that he is provided with any necessary treatment. He can be contacted at:

Ministry of Health, Labour and Welfare

We also encourage you to  contact Japan’s Ambassador in Australia at the following address:

Don’t forget to tell us about your activism at activism@amnesty.org.au.

Solidarity messages can also be sent to Matsumoto Kenji in prison, at the following address:

Here is a suggested message in both Japanese and English – feel free to copy and paste into your own messages.

Thinking of you in solidarity and support

Key dates to keep in mind

Since September 2004 seven unsuccessful requests for pardon and for retrial have been filed. We’ll keep you updated with any developments.

Thanks for your time and compassion. Make sure to visit our End the Death Penalty campaign page for the latest updates and more resources to help you campaign effectively for global abolition of this inhumane practice.