On an ordinary day, a day like any other, a young woman came out to her mother as bisexual. Because of the courage that took, I can now comfortably say that young woman was me. It was a crucial step in becoming who I am, and propelled me to fight for my community. It was one of many times I would do so, and for the most part, my news was met with love, acceptance and support. I found most people did not judge and embraced who I was. However, when you are bisexual in the LGBTQI community, acceptance isn’t always going to occur, and biphobic behaviour and attitudes can be found. 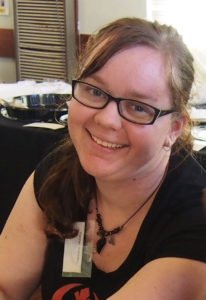 International Day Against Homophobia, Biphobia and Transphobia (IDAHOBIT) is a day that commemorates a win against bigotry, when the WHO (World Health Organisation) in 1990 stated that homosexuality was no longer considered a mental illness. While I, as an activist, am glad about this win, it took until 2015 before bisexuality was openly a part of the commemoration and ‘Biphobia’ was added to the name.

People have asked me, “Why do we need to add biphobia to the list – isn’t it basically the same thing as homophobia?”. And yes, while there is overlap between biphobia and homophobia, there are experiences that people within the bisexual community (myself included) experience that are different and make the distinction necessary.

Biphobia within the LGBTQI community

Being bisexual carries a social stigma of its own which shows not just outside our community, but within it as well. I have mostly been lucky with the people around me, however I have been snubbed by people simply for being bisexual. Initially they are happy to chat with me over a drink, however upon learning that I am bisexual, the chats come to a quick end. This has been a disheartening experience, especially for an introvert like me who finds interacting in social situations difficult already. Often this occurs because the person believes negative stereotypes about bisexuality.

A hurtful occurrence of biphobia that I experienced happened online. A lesbian woman had stated that through her own experience, she believed that all bisexuals were cheaters and she could never date one. I wrote that while I was sorry she’d had this experience, for me, it was the opposite. The comments that followed were so deeply hurtful that others came to my defense, and ultimately I had to remove myself from the conversation for my own mental health.

Other common forms of biphobia

It is not uncommon to hear casual comments such as that bisexuality doesn’t even exist, that we are either confused, greedy, or in the case for bisexual women, simply looking to get male attention.

Other biphobic occurrences are others expecting a bisexual to Identify as gay/lesbian if they are dating someone of the same gender, Exclusion from LGBTQI spaces when they have an opposite gender partner, pressuring bisexual activists to minimise bisexual issues, assuming bisexual means ‘available’ and fetishizing the orientation (thank you porn industry) The list goes on. With occurrences such as these, the prevalence of mental illness is unsurprising, in fact according to a recent study, our depression and anxiety rates are higher than those that identify as lesbian and gay. Those casual comments, the snubbing – they can have very real consequences, with bisexual men more likely to commit suicide than those that are gay.

These attitudes and behaviours are why we need days like IDAHOBIT on May 17th  to challenge stereotypes and keep the communication going and a reason why I am an activist because the battle against bigotry is far from over, and we as a whole community can do better.

This year on IDAHOBIT, I encourage you to sign a petition to support LGBTQI people, attend an event or get involved in a local group so that together we can fight against bigotry and leave this world better than how we found it.