The story of Amnesty International began back In 1961 when two Portuguese students were jailed just for raising a toast to freedom. In response, a British lawyer named Peter Benenson penned the article The Forgotten Prisoners, for the UK’s Observer newspaper.

In the article Benenson described his disgust at the global trend of people being imprisoned, tortured or executed because their political views or religious orientation were unacceptable to their governments.

At the time, he recognised, there were “several million such people in prison… and their numbers are growing.”

Benenson had an idea about how this problem could be solved. In doing so, he gave life to the vision of collective action that defines Amnesty International’s work today.

“Open your newspaper any day of the week and you will find a report from somewhere in the world of someone being imprisoned, tortured or executed because his opinions or religion are unacceptable to his government.”Peter Benenson, founder of Amnesty International 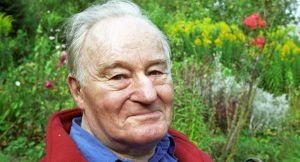 Peter Benenson launched the “Appeal for Amnesty 1961”, to collect, publish and distribute information about prisoners of conscience around the world. This appeal was reprinted in newspapers globally.

On 10 December, World Human Rights Day, the first Amnesty candle was lit in the church of St-Martin-in-the-Fields, London.

Where we are today

Since The Forgotten Prisoners, we have grown from a single office in Peter Benenson’s London lawyer’s chambers, to a global human rights movement of over seven million people in more than 150 countries and territories.

Amnesty has grown from seeking the release of political prisoners to upholding all human rights. Our work protects and empowers people – from abolishing the death penalty to protecting sexual and reproductive rights, and from combating discrimination to defending refugees and migrants’ rights. We speak out for anyone and everyone whose freedom and dignity are under threat.
We’ve achieved countless successes, from seeing thousands of prisoners of conscience released, to pushing powerful governments and corporations to account for violations of human rights.

Lawyer Peter Benenson launches the ‘Appeal for Amnesty’ in the Observer newspaper, after two Portuguese students are jailed for raising a toast to freedom.

One year after the global movement for human rights began, Amnesty International Australia was founded in Melbourne.

The first prisoner of conscience is released – Ukrainian Archbishop Josyf Slipyi in Siberia. It sparks a commitment to campaigning on behalf of people persecuted for their beliefs.

Amnesty launches its first campaign against torture. 12 years later, the UN votes to combat torture worldwide with the Convention against Torture in 1984.

Amnesty is awarded the Nobel Peace Prize for contributing to ‘securing the ground for freedom, for justice, and thereby also for peace in the world’.

Amnesty launches its first campaign against the death penalty. When we started in 1961, only nine countries had abolished state executions. By 2015, that figure had risen to 142.

Amnesty campaigns for an International Criminal Court (ICC) to bring those responsible for genocides and war crimes to justice. The ICC is finally established in 2002.

Nelson Mandela becomes an Amnesty International Ambassador of Conscience. In 1962, when Amnesty sent a lawyer to observe his trial, Mandela wrote that his presence was a source of "tremendous inspiration”.

Amnesty’s long fight for freedom of expression across the world moves to the internet. Ali Sayed al-Shihabi is released after being jailed for posting pro-democracy articles online in Syria.

Following extensive campaigning by Amnesty International Australia, the Australian Government introduced a National Plan to Reduce Violence against Women and their Children.

After 20 years of pressure from Amnesty supporters, a life-saving global Arms Trade Treaty (ATT) came into force in 2014.

Following decades of campaigning by Amnesty supporters, the Australian government announces it will be “unrelenting” in its efforts to secure the abolition of the death penalty.
How we’re run

Amnesty International is a worldwide organisation based on voluntary membership and is governed by a member-elected National Board.
Learn More
Our people

Amnesty International is a democratic movement, answerable to our own impassioned members.
Learn More
What are human rights?

What are human rights?

Learn about your basic human rights, the rights of children and the Universal Declaration of Human Rights.
Learn More
How it works

None of this happens without you

In Australia and across the globe we bring torturers to justice, change oppressive laws and free people jailed for voicing their opinions.
Learn More