Stunning coastlines, magnificent national parks, bustling cities… and human rights abuses. Here are some of the world’s most popular holiday destinations and the difficult truths that are being quietly ignored by tourism campaigns.

For most holidaymakers, politics isn’t the first thing that comes to mind when planning an overseas getaway, but what if the places that fit our ideal of tranquility are actually the opposite for those who live there?

As Ethical Traveler founder Even Greenwald said, “If travellers could learn how to use their influence — the places they go, the places they choose to spend money, the countries they support — that’s a political act.”

And whilst avoiding these destinations isn’t necessarily the answer, to be a socially-responsible traveller is to start engaging with the deeper sociopolitical issues of the places we visit and helping to shine an international spotlight on them.

Home to some of the most diverse flora and fauna and unspoiled beaches, it’s little surprise that Indonesia’s tourism industry has been thriving in recent years. In 2017, Bali was voted number one on Trip Advisor’s list of Top 25 destinations in the world; with travellers continuing to be drawn to the region for its outdoor adventures and luxury resorts. But across the country, the use of child labour is becoming a worsening problem on palm oil plantations.

Amnesty has revealed that children as young as eight are being forced into hard labour on these plantations, performing strenuous tasks that can cause lasting physical damage. The abuse extends to women who are being forced to work long hours for fear of pay cuts, with many already earning as little as US $2.50 a day. Despite this, household brands like Nestlé and Kellogg’s continue to source palm oil from Indonesian plantations owned by Wilmar International, where much of the exploitation takes place. Sign our petition to demand companies to help end child labour and worker abuse.

In 2016, more than 1 million Australians travelled to the United States. From the bustle of New York City to the vast national parklands that stretch across the likes of the Grand Canyon and The Rockies, the US has a reputation for offering a travel experience that’s as varied as it is culturally rewarding. In recent years, however, the country’s treatment of marginal groups have come under intense scrutiny.

Under the Trump administration, thousands of asylum seekers are being unlawfully detained at the US-Mexico border, while others are being forcibly returned to life-threatening situations. This, coupled with the widely criticised travel ban, which bars the entry of people from seven Muslim-majority countries, are creating an unprecedentedly hostile environment for refugees and migrants. Domestically, police brutality continues to dominate headlines, while the inhumane use of the use of the death penalty has returned to public attention following the recent spate of prisoner executions in the state of Arkansas.

Ranked number nine on Lonely Planet’s Best in Travel list, Myanmar is best known for its pristine outdoors and sacred Buddhist sites like the Golden Rock at Mt Kyaiktiyo. While the country is tipped for big changes after securing its first democratically-elected government in half a century, war crimes against ethnic groups remain an entrenched and complex problem.

A new report by Amnesty found that Myanmar’s Armed Forces are still committing torture and extrajudicial executions against civilians in the country’s Kachin and northern Shan states. More than 100,000 people have been displaced in regions affected by armed conflict. Meanwhile, the Rohingya minority in Myanmar’s Rakhine state continue to suffer human rights abuses and extreme poverty, causing tens of thousands to flee to neighbouring countries.

From unexplored nature treks to the stunning sandbar of Kalanggaman, Philippines has been an outdoor destination of choice for decades. With more than 7,000 tiny islands, this tropical destination attracts visitors the world over with its stunning coastline and sparkling beaches. In the city, however, it’s impossible to turn a blind eye to President Rodrigo Duterte’s so-called “war on drugs” — a government-backed scheme that sees large scale extrajudicial executions being committed each month.

The names of victims usually appear on unverified “drug watch lists”, and are targeted on suspicion of using or selling drugs. Duterte’s exceptionally harsh regime has attracted widespread international outrage and criticism. To date, more than 7,000 people, most from impoverished families, have been killed. Join us in telling President Rodrigo Duterte to stop encouraging murder.

Ask a traveller to describe the popular archipelago on the South Pacific and you’ll likely be told about its languorous, easy-going way of life. Each year, scores of nine-to-fivers escape to Fiji to unwind on its white sands and island resorts. But a darker reality dwells at the heart of the country, where a group of journalists are currently being charged with politically-motivated sedition by the Fijian authorities.

Staff at The Fiji Times face up to seven years’ imprisonment for publishing a reader’s letter containing anti-Muslim sentiments in 2016. At the time of writing, ruling has been deferred until the end of July. The prosecution of journalists has sparked renewed concern for the government’s excessive restriction on the right to freedom of speech. 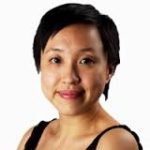 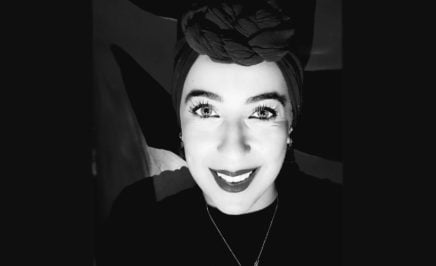 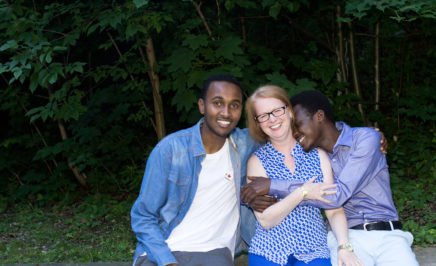 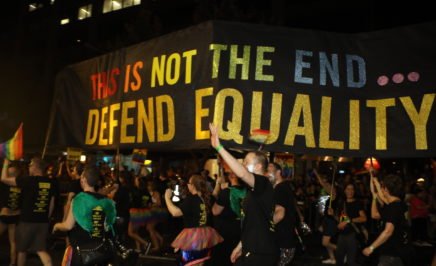 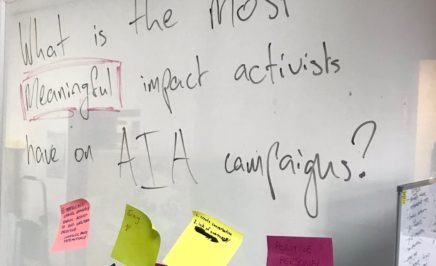