Amnesty International Australia Campus groups made the most of the summer sunshine this February and spent Orientation Week taking action for Marriage Equality in Australia. From the University of Western Australia right across to the University of the Sunshine Coast, Amnesty Campus Groups got the year off to a great start with a lot of talk about love! 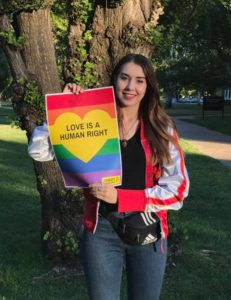 Australia needs marriage equality. The right of adults to enter into consensual marriage is enshrined in Article 16 of the Universal Declaration of Human Rights, and no one should be denied that right because of their gender or sexuality. Fairness and equality are the bedrock of who Australians are and what we stand for, and it’s important that everyone in Australia is treated equally under the law. It’s time that Australia’s Marriage Act is updated to reflect the values that we’re most proud of.

Most Australians agree it’s time for our LGBTQI neighbours, friends and family members to have the same rights as everyone else. Updating the Marriage Act won’t make any difference to the majority of Australians, but it will make a huge difference to our LGBTQI community.

As well as getting students to sign up to Amnesty’s Marriage Equality action, campus groups this year asked students to share some thoughts with their MP on why marriage equality matters to them. Students from across the country penned hundreds of Letters of Love to MPs – sharing their stories in support of the LGBTQI community in Australia and calling on the parliament to do its job — to remove discrimination from the Marriage Act once and for all. 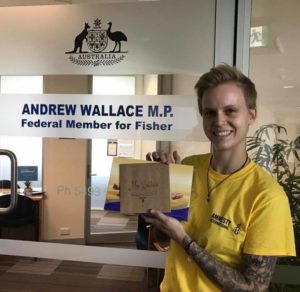 O-Week may be over, but Amnesty Campus Groups and activists are still at it. In May, Amnesty activists from the Australian National University are hosting a discussion forum on Marriage Equality in the Asia Pacific in Canberra (which you can RSVP to here), and Campus groups across the country are planning more events to build on the momentum we have gathered.

We’re so close to making Marriage Equality happen. 2017 can be the year we celebrate and recognise the love and commitment of all Australians wanting to get married – but we have to show our MPs and Senators that we’re not giving up. The fight for marriage equality is about love and commitment. It’s about the people we love; our friends, our families, our colleagues and communities.

And best of all – bringing about marriage equality is easy. All it takes is a vote in parliament.