The benefits of homelands include:

Thanks to the amazing work of Amnesty supporters from across Australia who signed petitions, contacted MPs, spoke to media and donated to the campaign we saw some great progress. Your voice made governments accountable for their ill-treatment of Aboriginal people and their traditional homelands. 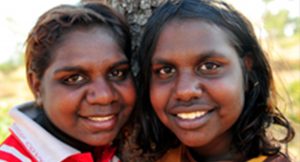 In March 2012, the Commonwealth and Territory governments announced $221 million dollars in funding for homelands. The money was to be distributed to homelands communities in NT over the next 10 years, ensuring basic services like clean water, garbage collection and sanitation are take care of.

In early 2012, extra funding was announced to upgrade housing and infrastructure on Utopia homelands. With proper services like health, education, water and shelter, people can be healthier and live longer on their homelands. 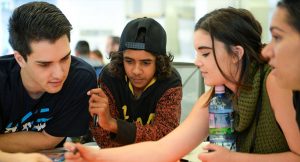 While we made great progress during this campaign Amnesty continues to monitor the situation across Australia.

Sadly in 2014, the government demolished the Oombulgurri homelands in Western Australia after forcibly evicting its remaining residents in 2011. Amnesty ran a campaign to stop the demolition. The support from all of our activists gave hope to the people of Oombulgurri and brought significant media attention to their plight.

Since late 2014, Amnesty International has been working with local and national partners to monitor the situation in Western Australia, where Premier Colin Barnett said that up to 150 homelands communities in remote Western Australia may face closure.

This has sparked a growing movement of people and organisations advocating for Indigenous homelands in Australia, demanding that governments close the gap and not communities. All Indigenous peoples have the fundamental human right to their traditional lands. Homelands are central to the culture and identity of many Aboriginal people. Amnesty continues to monitor government policy relating to traditional homelands and continues to advocate for their protection.

Want to do more to protect the
rights of Indigenous People?

Check out our Community is Everything campaign which aims to end the overrepresentation of Indigenous kids in the justice system.