Reacting to a New York Times article alleging that an unpublished United Nations report reveals that from 2012 to 2017 North Korea secretly shipped supplies to Syria that could be used to produce internationally banned chemical weapons, Lynn Malouf, Director of Research for the Middle East at Amnesty International, said:

“Supplying any state with the means to produce these horrific weapons is utterly deplorable. But to help the Syrian government – which has repeatedly used chemical weapons against civilians – replenish its supplies would be a particularly egregious betrayal of humanity.

“The UN should publish its report. If the report is accurate, it would represent an ominous marker of how far the crimes and violations committed by the Syrian government have eroded respect for long-established prohibitions.

“The use of chemical weapons has long been reviled by the international community and they are prohibited for very good reasons. We fear their repeated use in Syria could have terrible implications that extend well beyond this conflict.

“Clearly the current arms embargoes and inspection regimes are not working; the international community needs to make clear that the world will not stand for such flagrant violations of international law.”

Media and activists reported that another chemical attack had been launched in Eastern Ghouta on 25 February. The Organisation for the Prohibition of Chemical Weapons announced that it is investigating the attack. According to the Syrian American Medical Association, it was the seventh such attack in 2018 and the 197th since the conflict began in 2012, killing hundreds and inflicting terrible injuries on others.

The 1992 Chemical Weapons Convention prohibits the development, production, stockpiling, transfer and use of chemical weapons and requires States Parties to destroy chemical weapon stockpiles. Chemical weapons are inherently indiscriminate and their use is a war crime under customary international law.

Amnesty International calls for full respect of the prohibitions in international law of chemical and biological weapons. Such weapons should not be used, and any stockpiles should also be destroyed. 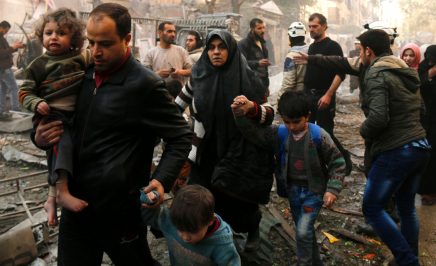 The Syrian city of Aleppo has been hit by a suspected chlorine attack, which would amount to a war...
Read More 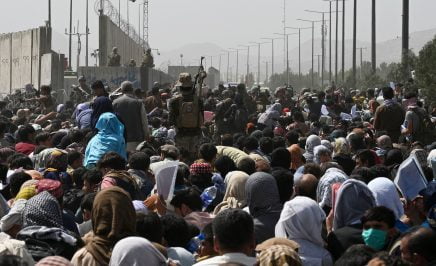 Afghanistan Crisis: It’s time for Australia to step up, not step down 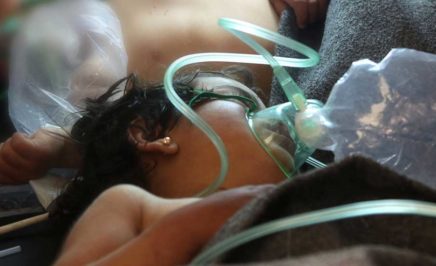 The Syrian government’s use of internationally banned chemical weapons was laid bare once...
Read More

Evidence gathered is suggesting a nerve agent was used in an air-launched chemical attack which...
Read More 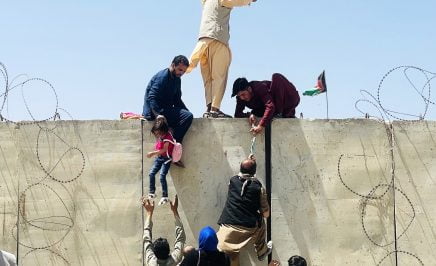 Following the devastating events in Kabul, Australia must redouble resettlement efforts or risk an unforgivable betrayal

Following the explosions in Kabul overnight and the subsequent decision by the Australian...
Read More