For the past number of years, the SA/NT Branch Committee has taken an active role in organising an Amnesty Stall at the WOMADelaide Music Festival. A festival that celebrates diversity, equality, peace and understanding, it is the perfect place to meet other people from around the world to talk about and raise support for Amnesty’s current human rights campaigns. 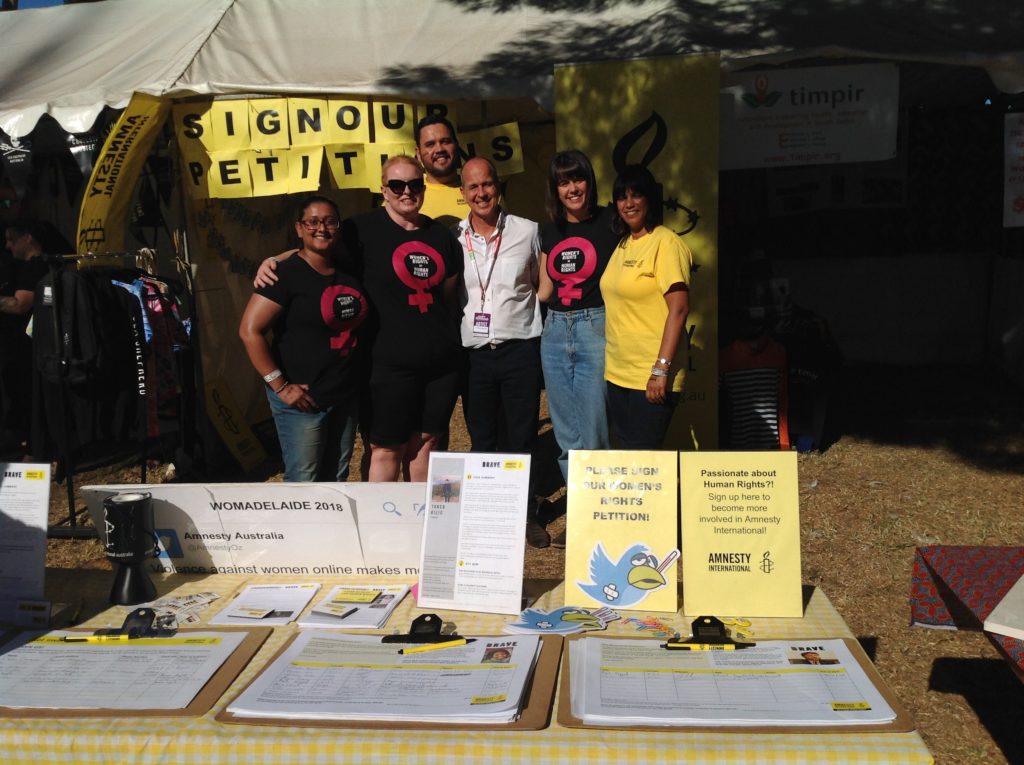 What went on this year?

This year our focus was on BRAVE and Women’s Rights, in which we had a goal of 1000 hard actions to be taken for Azza Soliman and Taner Kilic as well as to end the violence experienced by women online through our Women’s Rights Twitter campaign. The amazing team of Amnesty activists from right across South Australia battled the hot, dry SA weather over the 4 day festival  to achieve this goal and much more!

There was something for everyone at the Amnesty Stall – actions to sign, merch to buy, BRAVE tattoos, balloons … even an Amnesty fortune teller! We enjoyed every minute of sharing our human rights activism with people of all ages, cultures and backgrounds.   This was a great time to meet artists and performers from different parts of the world, as well as other eager local, national and international festival goers who were interested in taking a stand to protect human rights.

A major highlight was getting a special visit from well- respected journalist and former individual at risk, Peter Greste. Not only did Peter happily agree to pay us a visit, but he gave a warm public acknowledgement for his support to Amnesty and signed all our petitions and chatted with our volunteers on the importance of human rights and freedom of speech- among many other things. 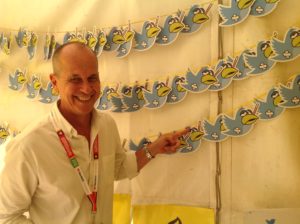 We don’t always get many good news stories, so it was so great to meet someone who Amnesty tirelessly campaigned for and saw successfully released. While AIA cannot take sole credit for the release of Peter Greste, we saw what it meant to be part of a collective movement for change that achieved someone’s freedom after over a year of imprisonment.

At WOMAD our SA/NT volunteers were able to band together to share in a beautiful 3 ½ days of unity, peace and cultural understanding. We gained support within the people of our region towards our work and made meaningful connections with other like-minded organisations. Most importantly though, we were able to share our human rights activism with the world; sharing in a time when different voices, people and sounds of the world united as one. Unity is a glorious sound.