While grand and public gestures such as these go a long way in shining the light on our government’s inhumane treatment of people seeking asylum, not all of us have to scale the Parliament house – little gestures count, too. Here, three former refugees share the kindest things Australians did to make them feel welcome. 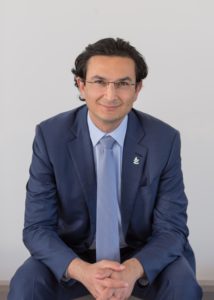 Surgeon Professor Munjed Al Muderis, 44, fled Iraq in 1999 after Saddam Hussein’s forces demanded he cut off military deserters’ ears to brand them as traitors. He escaped and flew to Indonesia before taking a dangerous boat ride to Christmas Island and into 10 months of detention in Australia.

When we got to Christmas Island we were received by the Federal Police. On the fourth day I was asked to join the Federal Police to intercept another boat that had just arrived to the shores and interpret because I spoke a little bit of English.

I was alone on a barge with an official who asked me “Does your family know that you’re alive?” I said, “No, they wouldn’t”. He told me to sit down on the ground and not let anybody see me because he was putting his job on the line.

He pulled out a satellite phone from his pocket and gave it to me and said “Dial the number and speak to your family. Tell them that you are safe and they may not hear from you for a few years to come because you’ll be in a detention centre”. That guy didn’t have to do what he did but it had a major impact on my life.

As a result of his human kindness, I took an oath that if I’m ever in a situation where I could offer help to another person, I would do it because I may never have the chance to do it again.

“I was invited into an Australian family” 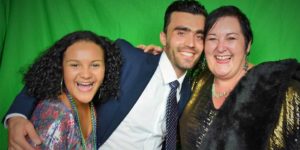 After arriving at Christmas Island by boat from Afghanistan in 2013, Omid Anwary, 23, spent two years in detention centres. After getting out, Christine Cummins invited him to stay with her family in Bendigo and he says it changed his life.

When you go to a different country and don’t have any relatives or know anyone, it’s hard. I didn’t have enough English and it was hard to find my own way.

A lady called Christine from Bendigo opened her house for me and let me stay for a month until I could find somewhere else. She picked me up from Melbourne Airport after getting out of detention and I immediately had a good feeling about her. She had a lovely warm heart and was very kind.

It was a big thing she did, and now I am part of her family. Whenever anything happens, we are all together and I feel I have family here to look after me.

Now I’m living in Melbourne and completing my year-12 studies. I want to finish my education and if God gave me an opportunity, I would love to study medicine.

I miss my family in Afghanistan but I speak to them on Skype once or twice a week. I am settled in Australia and feel happy, thanks to my Australian friends and family.

“So many Australians have done nice things for me” 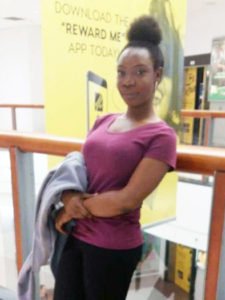 Liberian Future Wanto, 24, came to Australia from Guinea in 2006 as part of a refugee resettlement program for people fleeing the Ivorian Coast civil war.

Growing up I didn’t even know a country called Australia existed. When my family first came here as refugees, we didn’t know what to expect but Australians welcomed us, helping with our wants and needs.

We had a sponsor called Margaret who took us to the Multicultural Families Organisation where we met a lot of refugees from other backgrounds.

Through that organisation we met Cornelia who has been a great help to my family, taking us to different events for refugees where we met friends we thought we would never see again.

The Smith Family gave us presents at Christmas and helped us buy school materials, and after we joined a Christian church we met lots of people who invited us into their homes.

I miss my country and the Liberian culture but I love Australia because the people are very friendly and welcoming of refugees. I’m proud to be here in Australia. 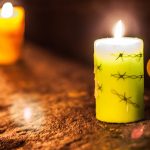