Amnesty International can reveal new evidence pointing to a mass-scale scorched-earth campaign across northern Rakhine State, where Myanmar security forces and vigilante mobs are burning down entire Rohingya villages and shooting people as they try to flee.

Accordingly, the organisation is calling on the Australian Government to take immediate steps to bring in an emergency intake of Rohingyan refugees, and leverage its military ties and other connections to put pressure on Myanmar to stop the slaughter and ensure humanitarian and independent investigators access to northern Rakhine state.

“This is a crisis in our own region, the Australian Government must do everything in their power to put pressure on the Myanmar Government,” said Michael Hayworth, Campaigns Manager at Amnesty International Australia.

“This is a crisis in our own region, the Australian Government must do everything in their power to put pressure on the Myanmar Government” Michael Hayworth, Campaigns Manager, Amnesty International Australia.

Amnesty International’s analysis of active fire-detection data, satellite imagery, photographs and videos from the ground, as well as interviews with dozens of eyewitnesses in Myanmar and across the border in Bangladesh, shows how an orchestrated campaign of systematic burnings has targeted Rohingya villages across northern Rakhine State for almost three weeks.

“The evidence is irrefutable – the Myanmar security forces are setting northern Rakhine State ablaze in a targeted campaign to push the Rohingya people out of Myanmar. Make no mistake: this is ethnic cleansing,” said Tirana Hassan, Amnesty International’s Crisis Response Director.

“There is a clear and systematic pattern of abuse here. Security forces surround a village, shoot people fleeing in panic and then torch houses to the ground. In legal terms, these are crimes against humanity – systematic attacks and forcible deportation of civilians.”

Amnesty International has detected at least 80 large-scale fires in inhabited areas across northern Rakhine State since 25 August, when the Myanmar army launched a military operation following attacks on police posts by the armed group Arakan Rohingya Salvation Army (ARSA). Satellite sensors during the same month-long period over the past four years detected no fires whatsoever of this magnitude anywhere in the state.

The fires have been detected across large swathes of predominantly Rohingya areas within Rakhine State. While the extent of the damage cannot be independently verified on the ground, due to access restrictions by the Myanmar government, they are likely to have burned down whole villages, forcing tens of thousands to flee in terror. Amnesty International has matched satellite images of the burnings to eyewitness testimony and images of homes being torched.

The true number of fires and extent of property destruction is likely to be much higher, as cloud cover during the monsoon season has made it difficult for satellites to pick up all burnings. Additionally, smaller fires will go undetected by environmental satellite sensors.

Satellite images from the village tract of Inn Din, a mixed ethnic area in south Maungdaw, clearly show how an area of Rohingya homes have been burned to the ground, while non-Rohingya areas alongside them appear to have been left untouched.

Amnesty International spoke to a 27-year-old man from Inn Din who described how on 25 August the army, accompanied by a small group of vigilantes, surrounded the village and fired into the air, before entering and firing at random on Rohingya residents as they were fleeing. He said he hid in a nearby forest and watched as the military stayed for three days in the village, looting and burning homes.

The same has been true of urban areas, as satellite images show how the predominantly Rohingya neighbourhoods in Maungdaw town have been completely torched while other areas of the town remain unscathed.

Rohingya eyewitnesses inside Rakhine State and refugees in Bangladesh describe a chilling modus operandi by the security forces. Soldiers, police and vigilante groups sometimes encircle a village and fire into the air before entering, but often just storm in and start firing in all directions, with people fleeing in panic.

One 48-year-old man said that he witnessed army and police storm into his village of Yae Twin Kyun in northern Maungdaw township on 8 September: “When the military came, they started shooting at people who got very scared and started running. I saw the military shoot many people and kill two young boys. They used weapons to burn our houses. There used to be 900 houses in our village, now only 80 are left. There is no one left to even bury the bodies.”

“When the military came, they started shooting at people who got very scared and started running. I saw the military shoot many people and kill two young boys. They used weapons to burn our houses. There used to be 900 houses in our village, now only 80 are left. There is no one left to even bury the bodies.”

Amnesty International has been able to corroborate the burning by analyzing photographs taken from across the Naf River in Bangladesh, showing huge pillars of smoke rising inside Myanmar.

A Rohingya man who fled his home in Myo Thu Gyi in Maungdaw township on 26 August said:

“The military attacked at 11am. They started shooting at houses and at people, it went on for around an hour. After it stopped I saw my friend dead on the road. Later at 4pm the military started shooting again. When people fled, they burned the houses with bottles of petrol and rocket launchers. The burning continued for three days. Now there are no homes in our area – all are burned completely.”

“When people fled, they burned the houses with bottles of petrol and rocket launchers. The burning continued for three days. Now there are no homes in our area – all are burned completely.”

Disturbingly, in some areas local authorities appear to have warned local villages in advance that their homes would be burnt, a clear indication that the attacks are both deliberate and planned.

In Kyein Chaung, in Maungdaw township, a 47-year-old man said the Village Administrator gathered the Rohingya villagers and informed them that the military might imminently burn their houses and encouraged them to seek shelter outside the village by the neighbouring river bank.

The next day, 50 soldiers came through the village from two sides, approached the Rohingya on the river bank and began to shoot at random as people panicked and ran, although there were few options for escape for those who could not swim across the river. The soldiers began targeting men in the group, shooting at close range and stabbing those who had not managed to flee.

One eyewitness from Pan Kyiang village in Rathedaung township described how in the early morning on 4 September the military came with the Village Administrator: “He said by 10am today we had better leave, since everything would be set on fire.”

As his family was packing up their belongings he saw what he described as a ‘ball of fire’ hitting his house, at which point they fled in panic. Villagers who hid in a nearby paddy field witnessed soldiers burning houses using what appears to be rocket launchers.

Myanmar authorities have denied its security forces are responsible for the burnings and have somewhat incredibly claimed that Rohingya have been setting fire to their own homes.

“The government’s attempts to shift the blame to the Rohingya population are blatant lies. Our investigation makes it crystal clear that its own security forces, along with vigilante mobs, are responsible for burning Rohingya homes,” said Tirana Hassan.

Amnesty International has also received credible reports of Rohingya militants burning the homes of ethnic Rakhine and other minorities, however, the organization has so far been unable to verify or corroborate these.

Hundreds of thousands on the run

The United Nations estimates that violence and burning of villages has forced more than 370,000 people to flee from Myanmar’s Rakhine State into Bangladesh since 25 August. Tens of thousands more are likely displaced and on the run inside the state. This is on top of some 87,000 people estimated to have fled in late 2016 and early 2017 during a large-scale military operation in the state.

“The numbers speak for themselves – it is no exaggeration to say that almost half a million Rohingya have had to flee their homes in just under a year. The crimes committed by security forces must be investigated and perpetrators held to account. Ultimately, Myanmar must also end the systematic discrimination of Rohingya which lies at the heart of the current crisis,” said Tirana Hassan.

“It’s time for the international community to wake up to the nightmare the Rohingya are living through. The preliminary evidence points to these attacks being calculated and coordinated across multiple townships. There must be much more pressure on Aung San Suu Kyi and Myanmar’s military leadership who are still carrying out abuses to end this carnage.

“In a few days Myanmar will be discussed at the UN Human Rights Council. This is an opportunity for the world to show that it has grasped the scope of the ongoing crisis and adopt a strong resolution to reflect this. The Council must also extend the mandate of the international Fact Finding Mission, which the Myanmar authorities should offer their full cooperation to.”

Myanmar: New evidence of systematic campaign of crimes against humanity to terrorise and drive out Rohingya

The Australian Government must do everything in its power to pressure the Myanmar Government to end...
Read More 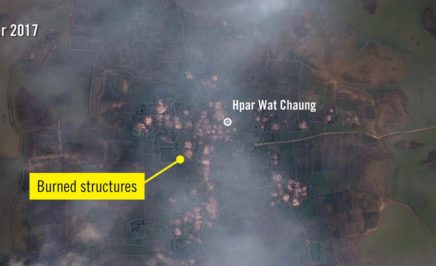 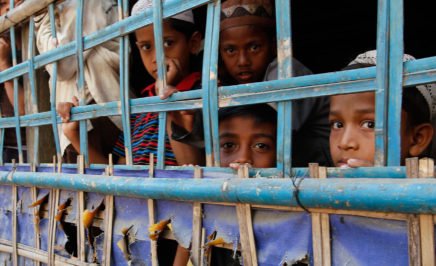 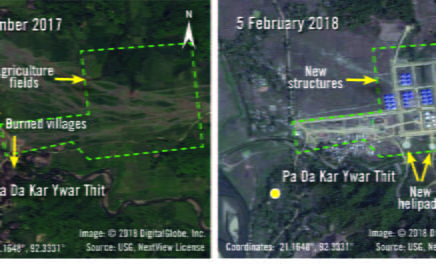 Myanmar’s Rakhine State is being militarised at an alarming pace, as authorities are building...
Read More