The fight for marriage equality in Australia rages on. But now that the plebiscite is (mercifully) defunct, what’s next?

Cass Mezups, 36, and Lara Hotz, 30, tied the knot in September 2015, after four years together. “We felt it was far more important to celebrate our love and commitment to each other when it suited us – not to wait for the law to change,” says Cass.

The Sydney couple plan to make their union legal someday, and hope 2017 will be the year. “To be finally recognised as equal members of our society and to be respected and accepted would mean the world to us,” says Cass.

With marriage equality (also commonly referred to as same-sex marriage and gay marriage*) being adopted in countries such as the US, Greenland and Ireland in the past two years, Australia’s stubborn refusal to allow all individuals the right to marry is becoming increasingly frustrating for the LGBTQI community. 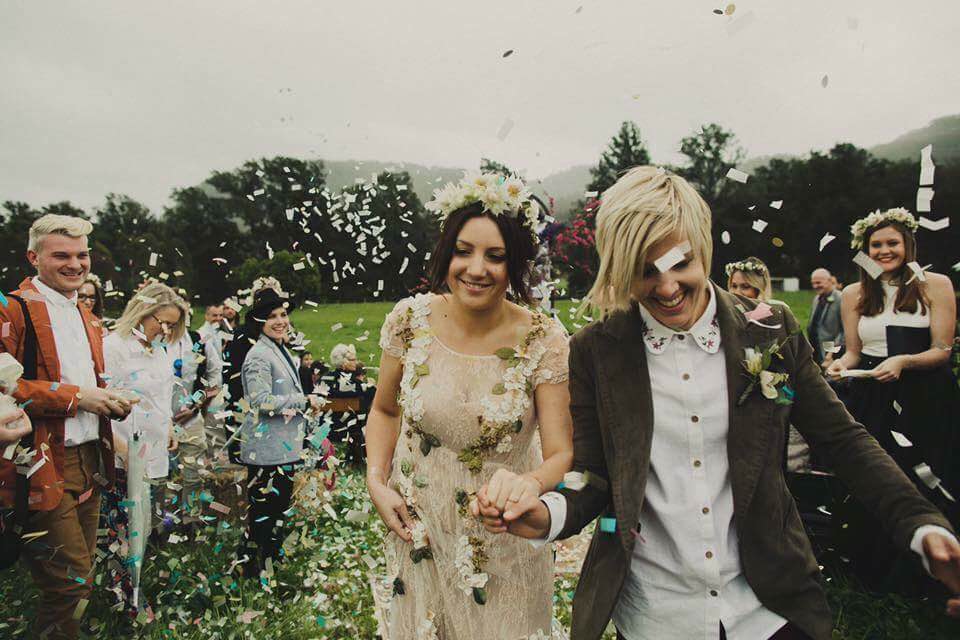 Lara and Cass on their wedding day. © Dan O Day

“I honestly don’t believe it will happen anytime soon,” says Lucy Jackson, 29, from Sydney, who recently celebrated her union with long-term partner Amy, 31. “While [our politicians] keep operating in a way that separates us as human beings and keeps us out of sight and out of mind, nothing will ever change.”

Although the plebiscite – a national poll proposed by the Federal Government on whether to legalise same-sex marriage – was an ill-conceived and discriminatory proposal, some good did come of it.

“In the government’s effort to get the plebiscite up, they released an exposure draft of a bill that would reform the Marriage Act to remove discrimination,” says Steph Cousins, Government Relations Manager at Amnesty International Australia.

Australians are joining together to win marriage equality. Will you add your name? https://t.co/vXQ0ZyDVG1 pic.twitter.com/r0efWaQm6H

Lucky for us, this bill (called the Marriage Amendment (Same-Sex) Marriage Bill), is still on the table. The Senate is currently examining the bill, which includes replacing the definition of marriage from “a man and a woman” with “two people”, and may very well make marriage equality a reality in 2017.

“I think it has a very real possibility of going through,” adds Steph.

Could marriage equality finally become a reality in 2017? Dr Shirleene Robinson, spokesperson for Australian Marriage Equality, which is partnering with Amnesty International Australia in the Equality Campaign, thinks it’s a strong possibility.

“The leaders of both major political parties support marriage equality and there’s majority support in Parliament,” she says.

“It’s also clear that a majority of Australian people want this reform to happen. We’re closer than we’ve ever been before to achieving marriage equality and it’s important that people continue to work towards making it a reality in 2017.”

What can you do to help?

It’s more important than ever to show your support for marriage equality.

“One of the most powerful actions that people can take to make marriage equality happen is to share their stories and the reasons why this reform is important to them with others,” says Dr Robinson. 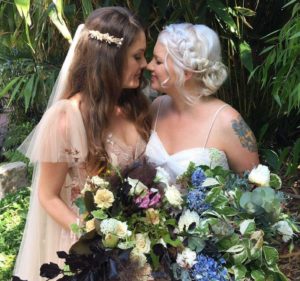 Amy and Lucy celebrate their union

“We encourage people to talk to their friends, families and workmates about it. It’s also important for people to contact their MPs and senators to let them know they’d like to see Australia introduce marriage equality as soon as possible.”

According to Steph, this time is crucial for our voices to be heard.

“The Equality Campaign will be really critical to the success of the bill,” she says. “If they manage to create a groundswell at that time, it will be much easier for politicians from all sides to come out and say, ‘I’m willing to stand up for this’.”

You can find more resources and information on the Equality and Amnesty websites to let the government know that all Australians – no matter their gender identity, sexual orientation or intersex status – should be able to marry the person they love.

“For us, having the right to get married would mean peace and equality,” says Lucy. “Our children would grow up feeling equal. We know our love is real and we shouldn’t have to justify it to anyone.”

*Amnesty uses the term marriage equality because its more inclusive, respectful and represents the diversity within the LGBTQI community. ‘Gay marriage’ and ‘same-sex marriage’ refer to specific groups in the community but are not inclusive of everybody affected by Australia’s discriminatory marriage laws.

What supporters are saying

Have your say Cancel reply